U-H Rakennus Oy’s biggest renovation project to date was completed in Helsinki city centre, at the corner of Aleksanterinkatu and Kluuvikatu.

The oldest part, on the Aleksanterinkatu side, was built in 1907. The other section was built at the corner of Aleksanterinkatu and Kluuvikatu in 1936. In 1949, the older part was raised, making it five storeys high. The latest extension was completed in the courtyard in 2001. Today, the property consists of seven floors and large cellars. The floor area is approximately 10,000 m². The property was the headquarter of a Nordic bank, but as the tenant moved out an extensive refurbishment was carried out in the building.

The first stage of the work consisted of extensive demolition, such as removal of the intermediate floors, leaving only the supporting structures intact. Most of the site’s heating, water, sewage, ventilation, air-conditioning, electrical and automation systems were replaced.

The facades were fully renovated in the courtyard and on the street side. The street facades were protected by Helsinki City Museum, specifying very clearly what could be done. For example, the oak window frames in the facade were meticulously renovated by carpenters rather than being replaced. The window glazing was replaced.

An interesting detail is provided by the floor tiles in the impressive entrance hall. Consisting of different coloured tiles and shapes cut with a water jet, the floor pattern was completed precisely in line with the architect’s drawings. The tiling involved intricate, challenging work done in order to create the desired pattern in the space in question.

The stairwells were renovated, lifts modernised, and a large bicycle storage room was built on the ground floor, complete with changing rooms and shower facilities.

In all, an average of 75–100 people have worked daily on this site since January 2019, i.e. for around 14 months. The project was very successful. 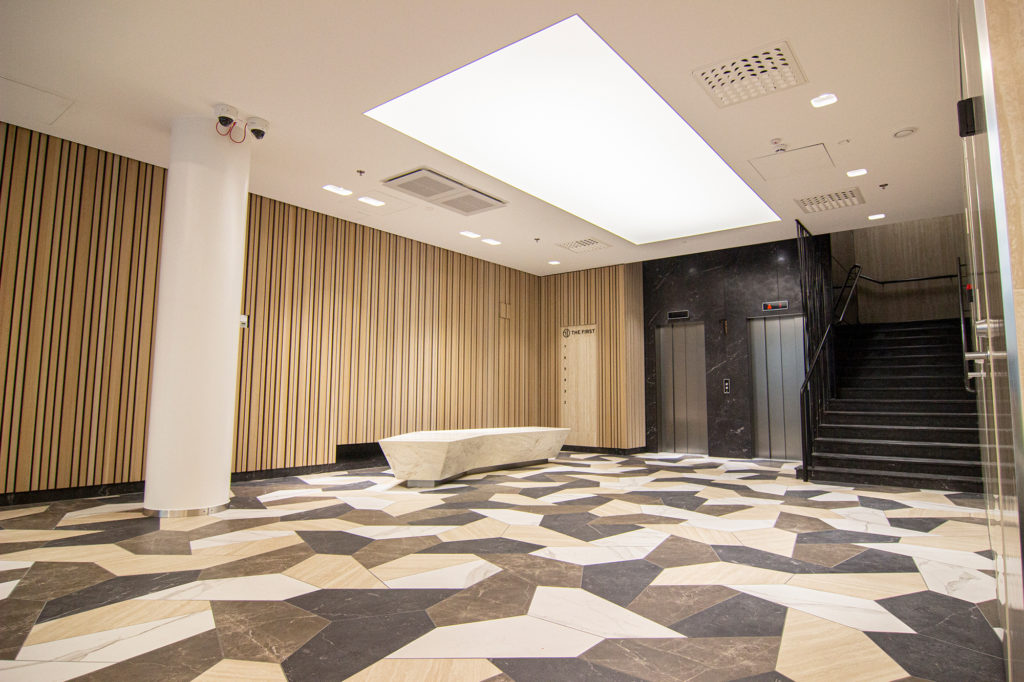 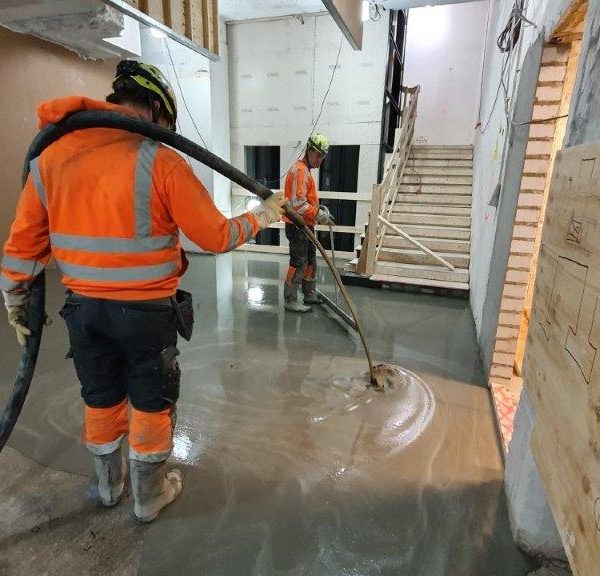 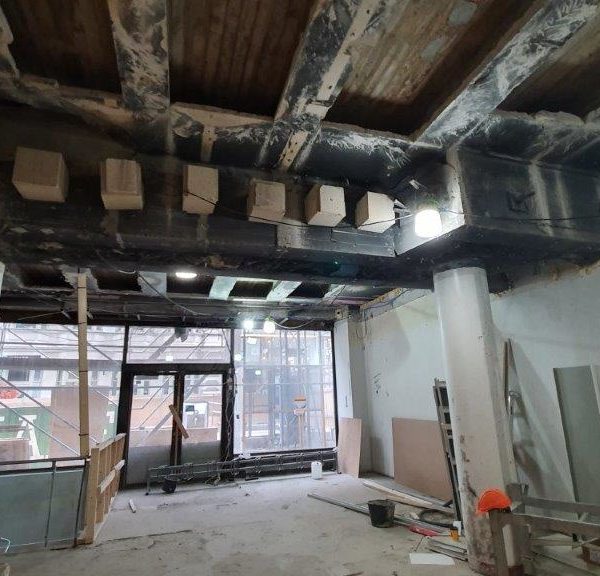 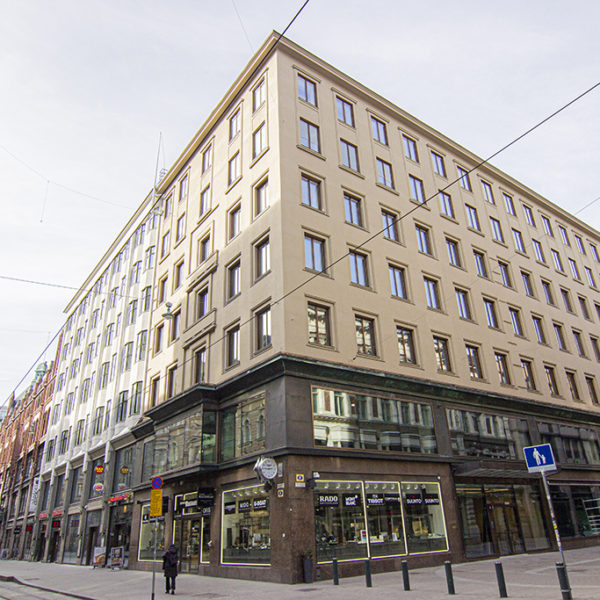 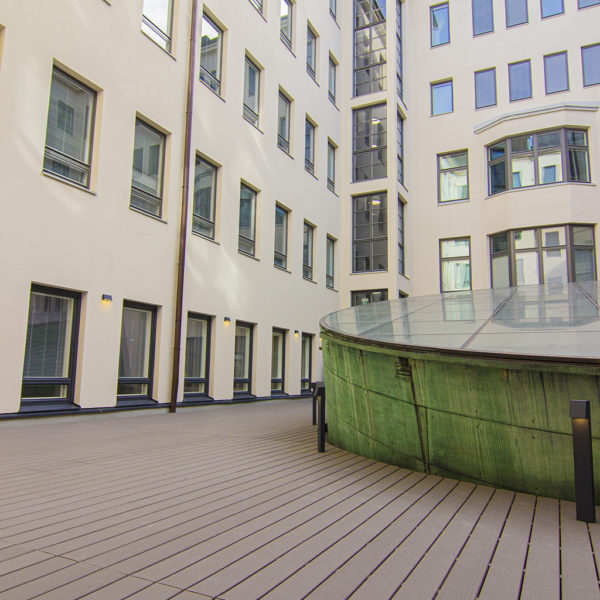 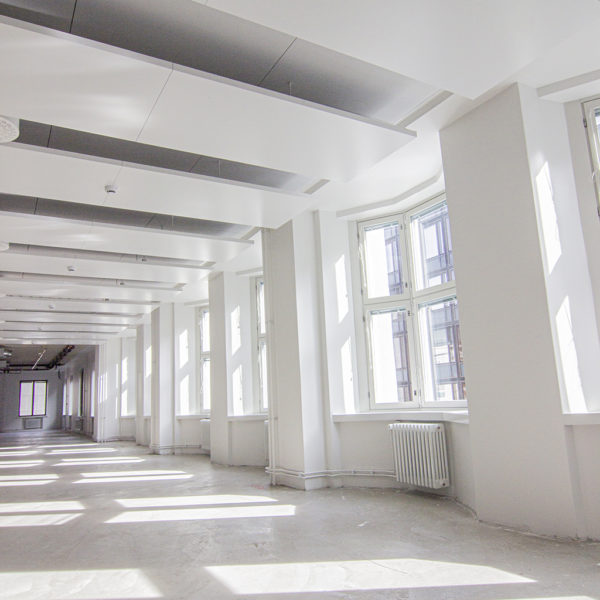 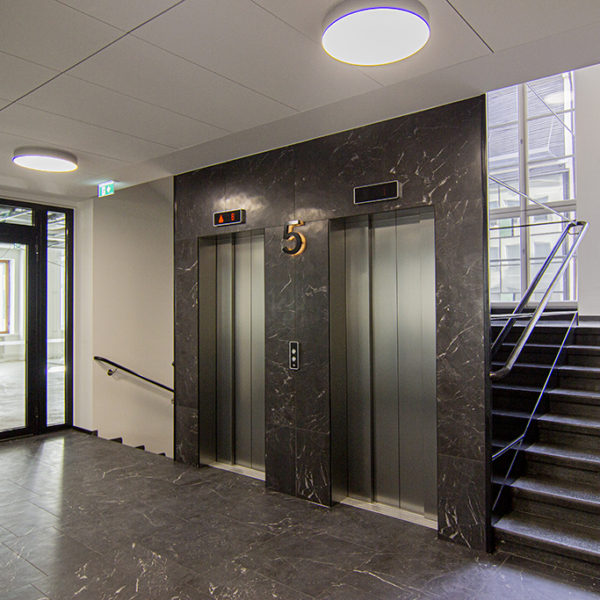 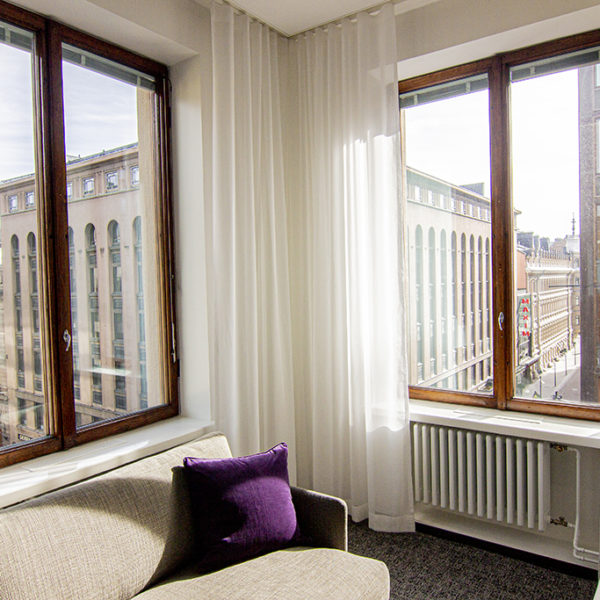 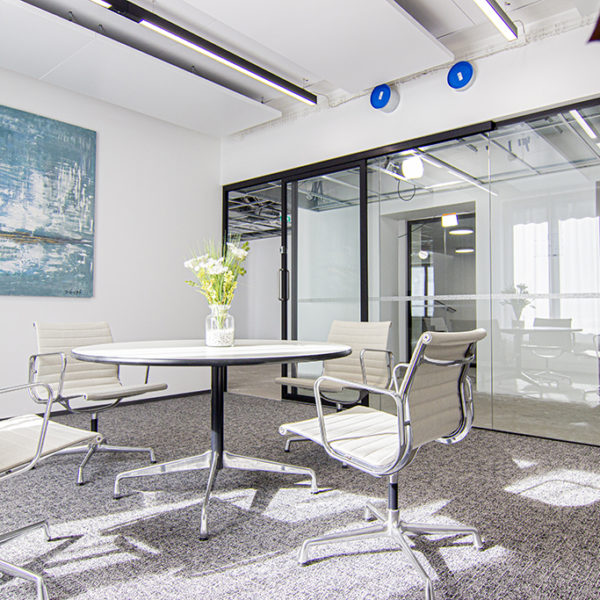 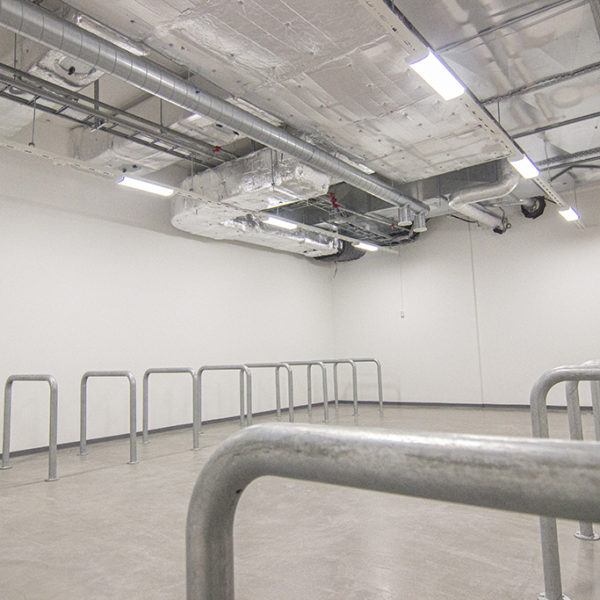 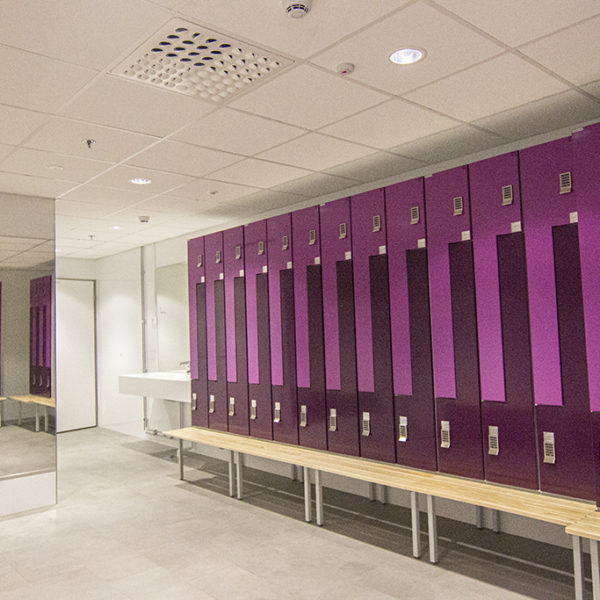 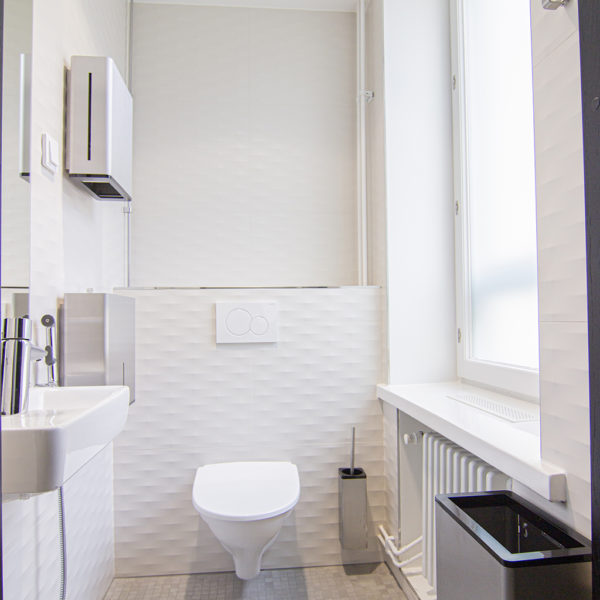 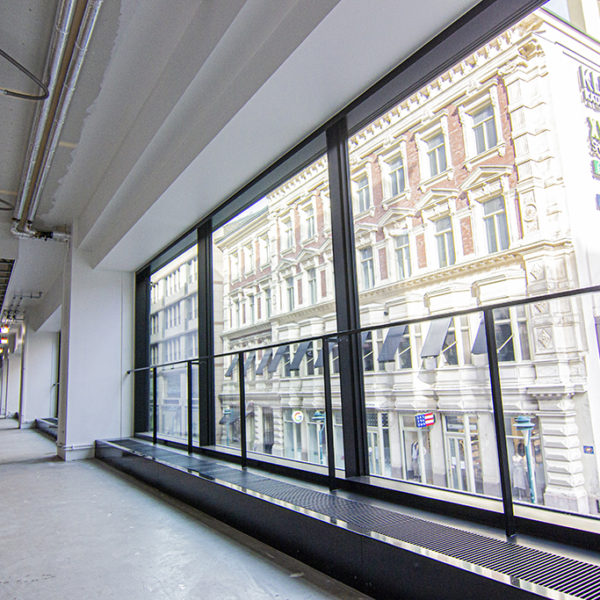