Hämeenkylä Manor is a hotel and conference center located in Vantaa, owned and maintained by Varma insurance company. This project, consisting of multiple buildings, a former horse stable from the 19th century was completely renovated to hotel use by U-H Rakennus Oy together with U-H Talotekniikka and Sähkö Sinisalo Oy.

The work began with a demolition work inside the old building, The old structures, architectural technique and electrical work was completely removed. We were basically left with only the exterior walls.

The actual construction began with ironwork of the foundation, building covered drains and waterproofing the building. On the two top floors, the old timbered floors were renewed, holes were cut for the skylights and new basic structuring of the rooms was constructed. The building’s roofing was renewed, and the ventilation and other building systems were installed on the roof.

The building has three floors, and the first and second floors were used to construct the hotel rooms. The bottom floor was used for utility rooms, such as laundry and bedding storage.

All of the HVAC and electrical work of the project was done by U-H Talotekniikka Oy and Sähkö Sinisalo Oy.

The inside of the project was finished during spring 2018, and the first guests were able to check in in the hotel’s extension in the summer, after the outside work was finished. 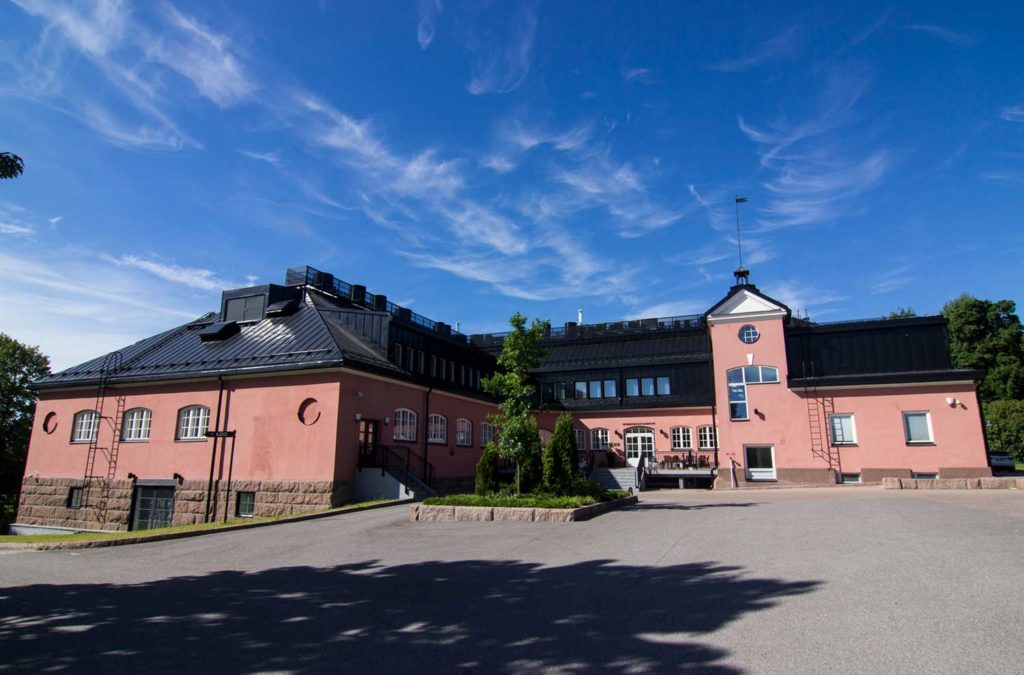 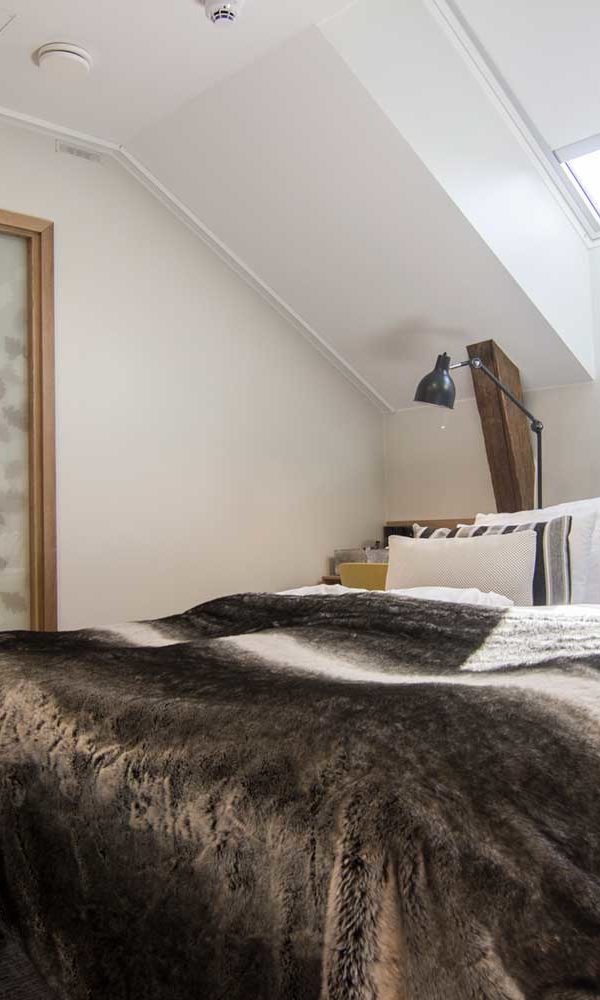 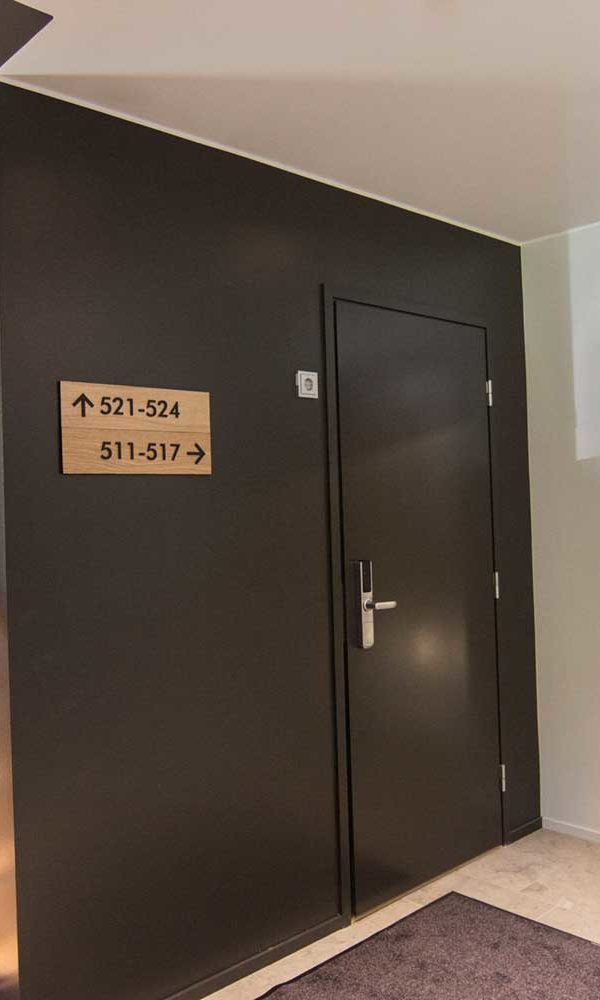 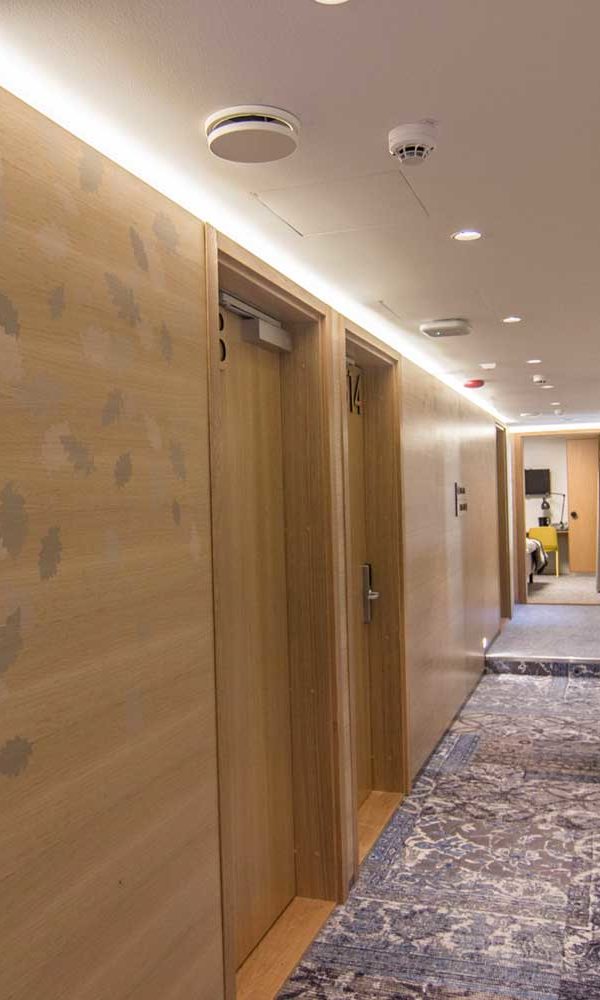