As Oy Maariankatu 14 is a stone building from 1911 located in Kruununhaka, Helsinki, that went through a considerable renovation project of the inner yard deck and basement located under it.  The goal of the project was to completely renew the yard deck and install a heating system to it, and to utilize the earthen floor basement.

The work began with setting up a weather protection that covered the entire inner yard, demolishing and re-routing the heating, water and sewage pipes and electrical and data cabling located in the basement. The yard deck was demolished with a robotic demolition hammer and the dirt floor of the basement was removed for approximately one meter to increase the room height. The old yard deck was built on old rails, and they were cut with a blowpipe to suitable pieces for transport.

After the demolition, new covered drain piping was installed in the basement. The height of the piping needed to be very specific, so it would not alter the water table, as this part of the town, like some other parts of the city center, were built on wooden deep foundations. Therefore, it is especially important that the wooden parts stay underwater to avoid rotting.

After this, a new steel deep foundation was built for the new yard deck, extending all the way to the bedrock below. The supporting structure and the new floor construction of the basement were done as a cast-in-place construction. The top concrete floor of the yard deck was built with a hydronic underfloor heating and a granite sett on top. The basement received a new staircase with iron railings and new electrical work. The yard-side doors were also replaced with carpenter-made custom doors.

Overall, the project lasted for eight months and it was finished according to the given schedule. 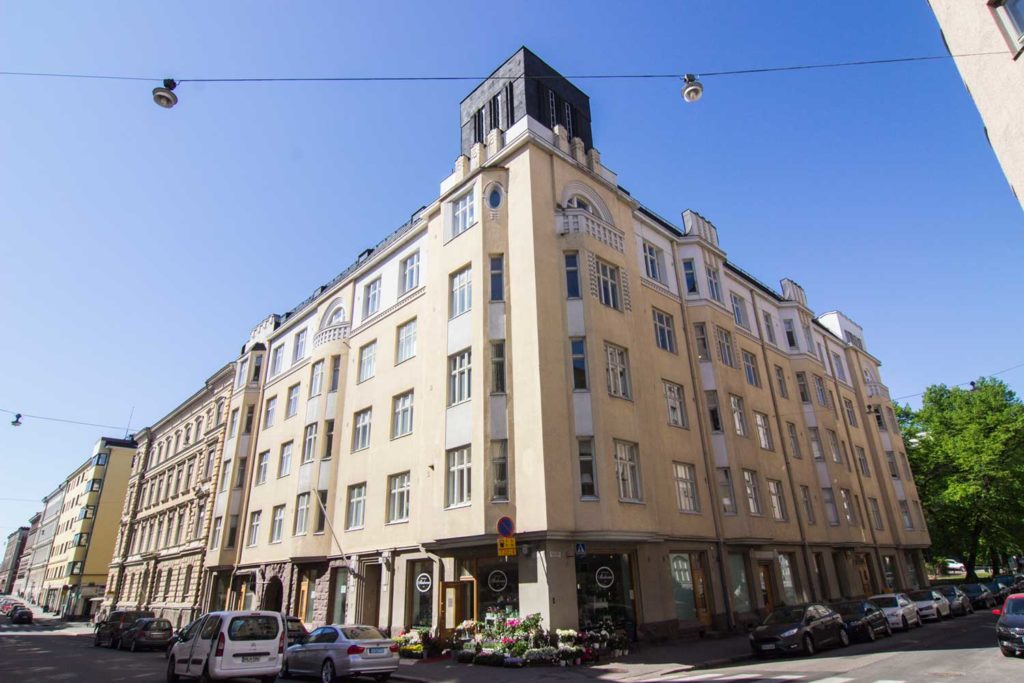 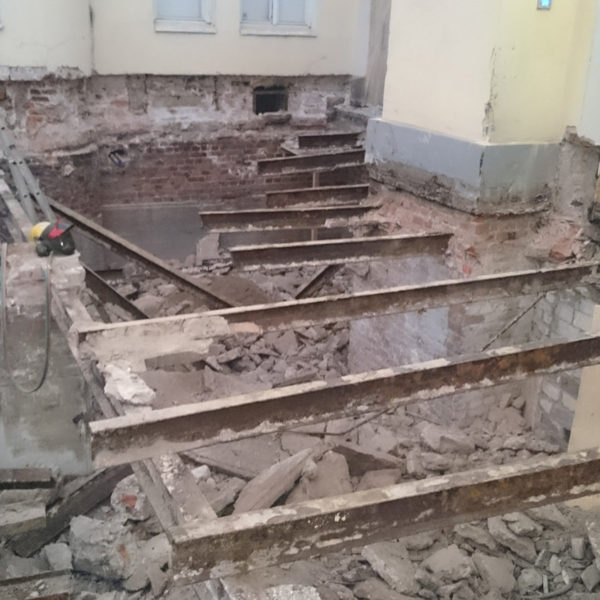 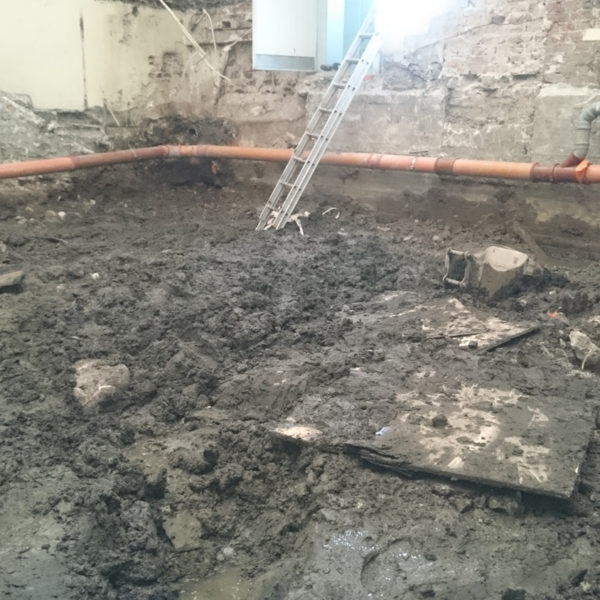 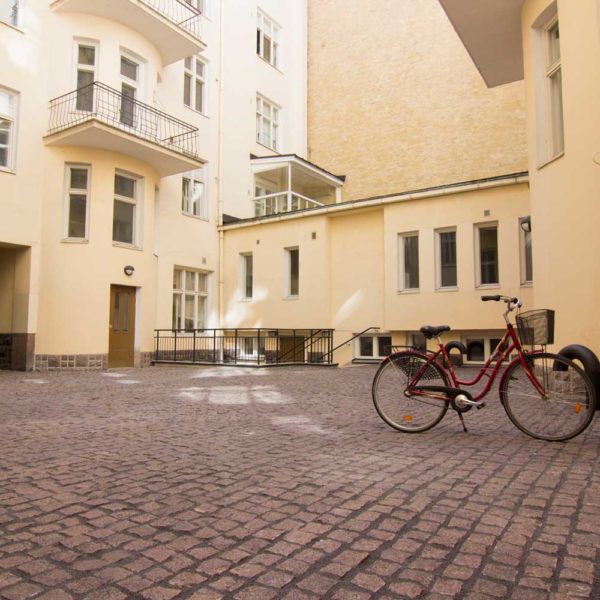 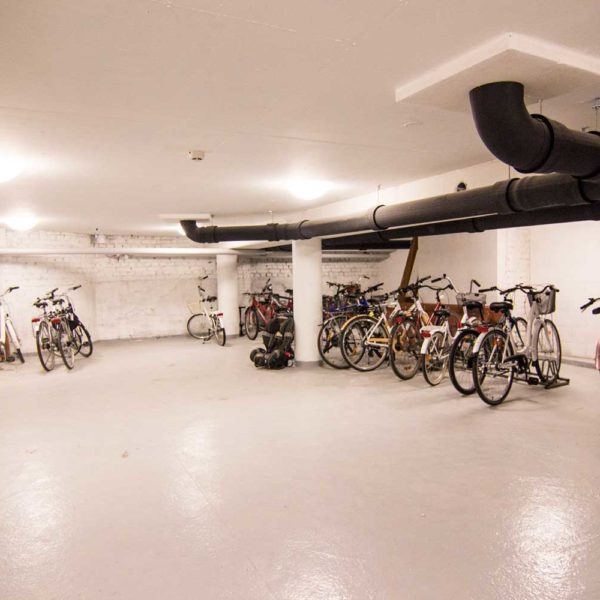 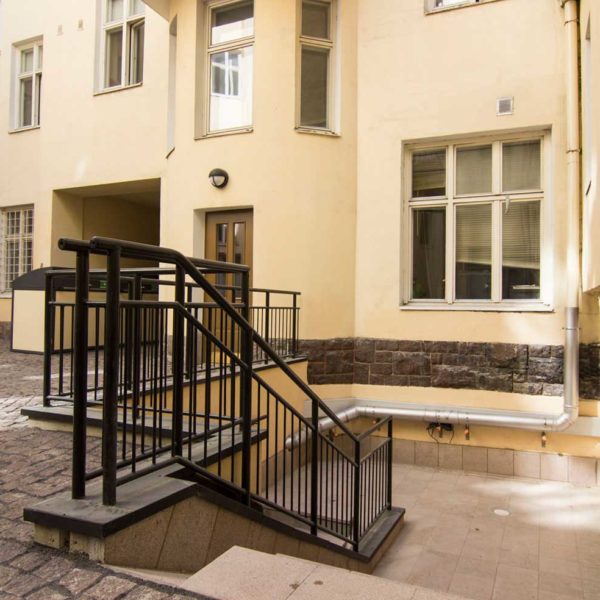